How Musicals Work - And How to Write Your Own 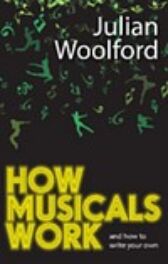 Musicals are the most popular form of stage entertainment today, with the West End and Broadway dominated by numerous long-running hits

But for every Wicked or Phantom of the Opera, there are dozens of casualties that didn't fare quite so well

In this book, Julian Woolford explores the musical-theatre canon to explain why and how some musicals work, why some don't, and what you should (and shouldn't) do if you're thinking of writing your own

Drawing on his experience as a successful writer and director of musicals, and as a lecturer in writing musicals at the University of London, Woolford outlines every step of the creative process, from hatching the initial idea and developing a structure for the work, through creating the book, the music and the lyrics, and on to the crucial process of rewriting

He then guides the reader through getting a musical produced, with invaluable advice about generating future productions and sustaining a career

The book also includes dozens of exercises to assist the novice writer in developing their craft, and detailed case studies of well-known musicals such as Les Misérables, The Sound of Music, Miss Saigon, Little Shop of Horrors, Godspell and Evita

An essential guide for any writers (or would-be writers) of musicals, How Musicals Work is a fascinating insight for anyone interested in the art form or who has ever wondered what it takes to get from first idea to first night

"A comprehensive and thoughtful guide to everything one must consider in order to write a successful musical. It would take at least a decade to learn all of this on one's own. Invaluable" ~ David Zippel, lyricist of City of Angels

"If anyone knows how musicals work (I'm not sure I do), this highly entertaining dissection of every aspect of that bewildering art form reveals that Julian Woolford does" ~ Tim Rice