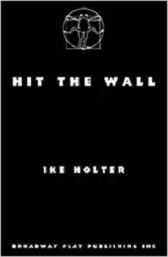 It's the summer of '69, and the death of music icon Judy Garland has emboldened her gay followers

A routine police raid on an underground Greenwich Village hot-spot erupts into a full-scale riot, the impetus of the modern gay rights movement

But smash that myth against the vivid theatrical imagination of playwright Ike Holter, add a howling live rock 'n' roll band, and you get Hit the Wall

Hit the Wall remixes this historic confrontation, revealing ten unlikely revolutionaries, each caught in the turmoil and fighting to claim "I was there"