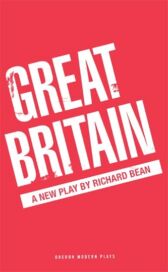 "That's what we do. We destroy people's lives on your behalf"

So purrs hot and sexy news editor Paige Britain in Richard Bean's follow up to his multi-award winning One Man, Two Guvnors

It's a fast and furious, anarchic, foul-mouthed satire about the Press, the Police and the Political Establishment

Paige Britain is the ambitious, morally-bankrupt young news editor of The Free Press - a trashy tabloid newspaper locked in a never-ending battle for more readers

She has little time for rules

"A timely look at the tangled relationship between the press, politicians and the police. It's barbed and very funny" ~ Evening Standard

"Laughter-making on an industrial scale. The NT is on exhilarating and exemplary form" ~ Independent