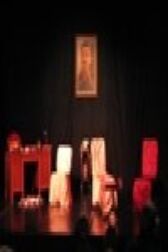 Cold War Moscow Joseph Stalin lies dying - Nuclear war threatens - Does the arrival of a beautiful American herald the end of the world?

"Thought Provoking Stuff That Grips Us With Mystery" ~ Theatre BC