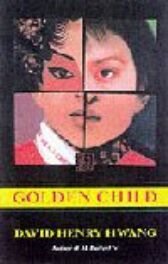 This Tony-nominated play from leading Asian-American writer draws on the life of his maternal Chinese grandmother, David Hwang invokes the age in which his great grandfather broke with Confucian tradition by converting to Christianity and unbinding his daughter's feet. Golden Child explores the impact of these momentous decisions on each of the great grandfather's three wives, and on succeeding generations. 'There is a quiet, though highly theatrical, intelligence at work in Golden Child. A play composed of many small moments of grace, which are not often seen on our stages' New York Times