Giving Away the Girl 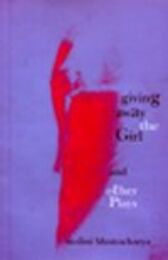 A volume of three street plays from the women's movement, written in the 1980s and widely performed as part of the vibrant cultural activism of the time. Giving Away the Girl and The Monkey Dance are both anti-dowry plays. Why All This Bloodshed? Was written in the wake of landmark Shah Bano case in the mid-80s, centering around a Muslim woman's right to maintenance

All the plays remain remarkably relevant, opening up key issues of the movement in a complex and nuanced manner, facilitating debate rather than offering simplistic solutions

Brought together for the first time with an introductory essay by the playwright and a filmmaker and activist Madhusree Dutt, who directed these plays, the book provides invaluable documentations of a significant period on the history of women's activism in India. These plays have been translated from the Bengali by Sarmistha Dutta Gupta and Paramita Banerjee