Girls in the Boat 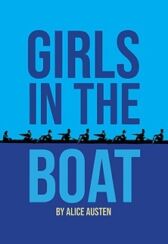 Girls in the Boat was inspired by the true stories of the U.S. women’s Olympic rowing team

A group of smart, fiery young women fight discrimination and prejudice to compete in the male-dominated sport of rowing, finding an unlikely ally in a taciturn men’s coach

Together, they confront ridicule and overcome obstacles

Against the rhythm of their oars, these women forge bonds and overcome disagreements in their search for greatness

Despite their diverse backgrounds and politics, they literally pull together to reach their goals in a fast-paced drama that reminds us of what we can all do if we have a common purpose

As our heroines break barriers of race and gender, their newly minted U.S. women’s rowing team goes on to become the most winning sports team in American history