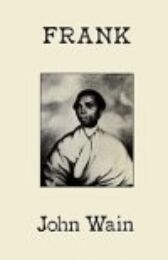 Frank Barber, born in Jamaica, a slave and the child of slaves, was brought to England by a serving officer at the end of his tour of duty, and at the age of about seven became a servant in the strange household of Dr Samuel Johnson. Frank remained in Johnson's service until Johnson died thirty-two years later, when he became the chief - indeed, almost the only - beneficiary of Johnson's will

Their relationship, which began as that of employer and servant, and also protector and protégé (Johnson hated the slave trade), evolved through the years into something like that of father and son - though Frank was like most sons in having spells of rebellion. This play takes the handful of hard facts we know about Frank and supplies, imaginatively, the background of motive and feeling

"A beautiful and humane fiction which will enhance Wain's reputation. Work of this quality should be available permanently..." ~ Geoffrey Cannon, The Sunday Times