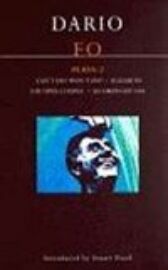 Dario Fo is Italy's leading contemporary playwright and performer, renowned throughout the world for his dazzling radical satires

The Open Couple and An Ordinary Day, written with Franca Rame, deal wittily with the fate of women in a society in which both the social system in which they live and its dominant ideology are shaped by men