Flowers Out Of Season 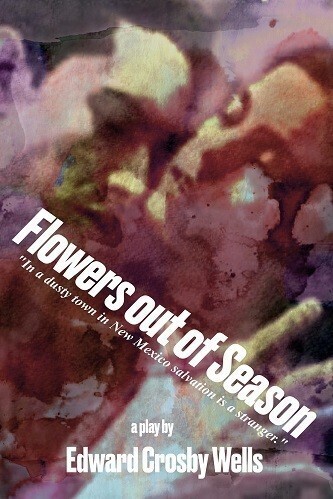 "Quite simply the best unsolicited manuscript I have ever read. It throws together sex, religion and suicide in a fresh, original and transcendent way . . . I stopped paying attention to character, plot, dialogue etc. and just turned the pages to see how it would come out . . .

I think I have just seen the future of American Theatre

It reminds one of young Albee (if he had written about sex and religion in the Southwest). While there is nothing formally or stylistically new . . . it charts what seems to me totally uncharted territory

It concerns a couple who, in desperate financial and religious straits, decide to commit suicide so their children can go on . . .

In Act One the husband kills the wife (while singing "Here She Comes" from the Miss America contest) and then in Act Two the husband, BUCK, goes out and finds a woman who - after one of the most sensual, exciting "sex scenes" I've ever read - is persuaded to kill him

As a plot alone, this is fascinating. But it is carried off in a thrillingly theatrical manner ... "

Michael Bourne, then an intern at Circle Repertory Company in NYC, wrote the above as part of his script evaluation in May, 1987