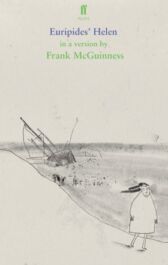 Seven years have passed since the end of the Trojan War and Menelaus, King of Sparta and husband to Helen, is making his slow and painful way home

But if this is the real Helen, who was the beautiful woman stolen by Paris, for whom all Greece took up arms?

Did Troy fall for nothing?

Has it all been some god's idea of a joke?