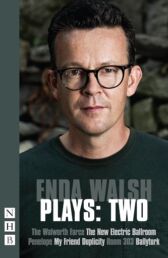 A dark, glitter-dusted fable of the emotionally stultifying effects of small-town life

In a savage and riveting take on the classic Greek myth of Odysseus's wife, Penelope (2010) sees four ridiculous men facing their inevitable deaths, and playing for an unwinnable love

My Friend Duplicity (2010), which went on to inspire Ballyturk