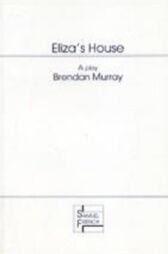 Eliza Metcalf's one dream was to be a violinist, but her family's poverty robbed her of the chance

But he has not reckoned on meeting the eleven year-old girl who has befriended his mother, nor on the flood of memories this encounter produces in him and which we see enacted by his younger self

The clash of parents and children, the pull of the past, the force of memory, the bittersweet nature of love - these are all themes of this delicate and moving drama, winner of the Arts Council Children's Award for 2001

Running time - about an hour