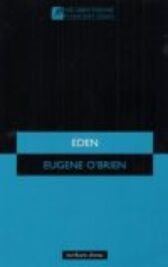 Billy and Breda haven't had a night out together in years. Tonight, Breda's lost the weight and gained a babysitter and a new outfit and is ready to sweep Billy off his feet down at Flanagans.

But Billy has other plans - most of them involving Imelda Egan. Eugene O'Brien's hilarious and heartbreaking two-hander is the portrait of good times gone bad for two people who have promised to be together forever