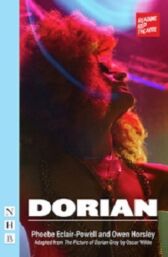 Basil and Henry join him for the ride until it all goes too far, and the hangovers become murderous...

Oscar Wilde's only novel, The Picture of Dorian Gray, was a succès de scandale on its publication in 1891, accused of violating the laws of public morality

It immediately captured the minds of its readers, the spirit of the age, and the soul of a man with nothing to declare but his genius

This thrilling stage adaptation by Phoebe Eclair-Powell and Owen Horsley follows one man's descent from glorious debauchery to epic self-destruction, intertwined with Wilde's own life story, his tragic persecution, and ultimate imprisonment in Reading Gaol