Disposing of the Body 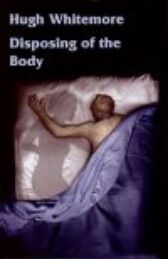 When life starts to fade into a summery drowsy twilight, you should be taking things a little easier ... But for Henry Preece, embarking on early retirement with his attractive wife, things start to go seriously wrong

'All my life,' he says, 'I've either been looking back at happy times that have gone or looking forward to the happiness to come'

In Hugh Whitemore's elegant and tantalising play, the mystery and excitement of an unexpected passion is given full rein, until Henry realises that the door he's just flung open should have remained tightly shut

"Hugh Whitemore's Disposing of the Body picks up the threads of a number of Priestley's [An Inspector Calls] social themes giving them a modern sensibility less concerned with class than with the morality of sex and passion" ~ Sam Marlowe, What's On

"It is an intriguing mystery about a woman who disappears. Disposing of the Body offers the rare pleasure of standing around in the interval wondering what's going to happen in Act Two" ~ Robert Butler, Independent on Sunday

"Eventually I was gripped ... within its chosen terms Whitemore's play works well" ~ Michael Billington, The Guardian

"Whitemore's writing is witty and astute..." ~ Madeleine North, Time Out