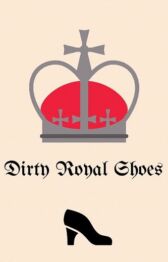 Deborah Kinnebrew from The Brothers Grimm

Ruling a kingdom is not an easy job, but it's especially taxing on a frustrated, single parent, who just happens to be a king

Upon learning that his twelve daughters have been ruining their shoes every night, as a result of dancing, he devises a plan to end their misbehavior ...

In his desperation, the king offers a large reward to anyone in his kingdom who can figure out, where and with whom, his daughters have been dancing