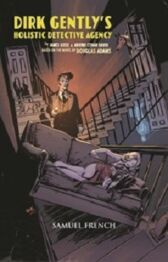 A profound believer in the laws of probability

And a lover of cats and pizza

In this marvellously eccentric mystery, he finds himself on the trail of a gruesome murderer

And most of all, the enigmatic study of Cambridge's eccentric Professor of Chronology