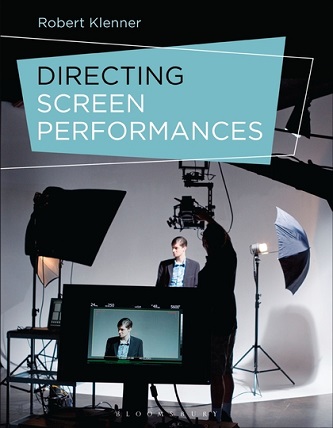 Through a practical exploration of the major approaches to contemporary screen acting, you will learn how to formulate your own effective modes of communication to craft compelling performances

In this book you will learn how to analyze a script, brief the casting director, rehearse the actors, decide on the visual treatment that enriches their performances, direct effectively on set and finesse the character in the edit

The director's process is clearly defined and augmented with illustrations, photographs and graphics

"Robert Klenner is an internationally celebrated screen director with a wonderful reputation as a teacher. This intelligent and inspiring book will help any director to overcome the fear of working with actors. Each chapter contains a list of practical strategies designed to help the director embrace and enjoy the collaborative process of creating great performances for the screen" ~ Paul Thompson, Head of Acting and Directing, Undergrad Film and Television, New York University, USA

"Klenner's book is a goldmine of savvy advice; for the actor it represents an opportunity to truly understand what the collaborative relationship with the director could be. It is full of great tips and exercises to help unlock the potential of any scene and thereby create richly detailed and nuanced performances" ~ John Bashford, Director Acting, National Institute of Dramatic Art, Australia