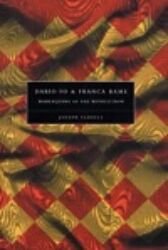 This first full biography of the winner of the 1997 Nobel Prize for Literature illuminates his theatre, his politics, and the working relationship at the heart of his marriage to the actress and writer Franca Rame with whom he collaborated for many years

Dario Fo, whose works include Accidental Death of an Anarchist and Mistero Buffo is one of the most frequently performed living playwrights anywhere in the world

This biography is written with full access to both Dario and Franca, and examines the life and work of both parties in this unique relationship which draws its strength from the old Italian traditions of the Harlequin and Commedia del'Arte, and transforms them into uniquely powerful and popular instruments of contemporary political theatre

As the Nobel Prize citation said of Fo - " ... he emulates the jesters of the Middle Ages in scourging authority and upholding the dignity of the downtrodden"

More than simply a theatrical biography, this is an account of postwar history and politics where the battlefield is Italy, torn between social democracy and the far-right