Dani and the Arabian Nights 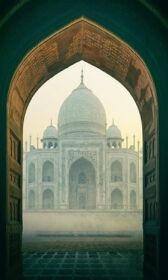 Welcome to Agra, home of Dani, the Masked Avenger

After a few attempts of Princess Mariya getting kidnapped, Dani stops them, and he and the princess fall in love

However, Princess Mariya later gets kidnapped by Juthamah - Prince of the now destroyed Barmedus Kingdom and also a wizard

After he and Dani have a fight, Juthamah sends Dani to The Arabian Sea, where he is saved by Sinbad

But will Dani get back to Agra in time to rescue his princess?