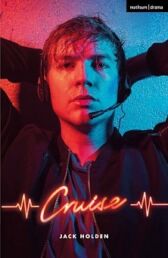 Set in London's Soho in the 1980s, Cruise tells the story of what should have been Michael Spencer's last night on Earth

Diagnosed with HIV in 1984, he's told by doctors that he has just four years to live, so as the clock runs down, Michael decides to go out in style

As he parties and bids final farewells to his friends, the clock strikes zero and Michael … survives

With the gift of life, how can he go on living?

"A remarkable piece of writing ... This is a vigorous script that gains extra energy from its bouncing rhythms, its rhymes and its alliteration" ~ British Theatre Guide