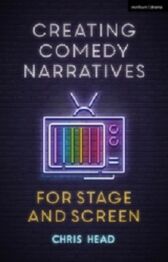 This accessible and engaging text covering sketch, sitcom and comedy drama, alongside improvisation and stand-up, brings together a panoply of tools and techniques for creating short and long-form comedy narratives for live performance, TV and online

Referencing a broad range of comedy from both sides of the Atlantic, spanning several decades and including material on contemporary internet sketches, it offers all kinds of useful advice on creating comic narratives for stage and screen

The book's interviewees, from the UK and the USA, feature stand-ups, sketch comics, improvisers and TV comedy producers, and include Steve Kaplan, Hollywood comedy guru and author of The Hidden Tools of Comedy, Will Hines teacher and improviser from the Upright Citizens Brigade Theatre and Lucy Lumsden TV producer and former Controller of Comedy Commissioning for BBC

It provides a stimulating resource for comedy students and their teachers, with a range and a depth that will be appreciated by even the most eclectic and multi-hyphenated writers and performers

"Head's style is refreshingly breezy and simultaneously substantial ... In this remarkable manual, Head demonstrates what Horace Walpole once observed, namely that life is a comedy to those who think. And Head helps each comedic persona think". ~ CHOICE (USA) on A Director's Guide to the Art of Stand-up

"Chris Head's book does something very important, by showing how comedy can be built into long and satisfying stories. He offers clear and helpful advice which will be particularly useful for budding sitcom writers, but also relates to other forms like stand-up and improvised comedy. I know I'll be recommending this to my students" ~ Oliver Double, University of Kent, UK

"Chris not only takes apart comedy, but - thankfully - he puts it back together again. This is a great cross-genre guide for all comedians confidently exploring different styles, structures and inspiration" ~ Katy Schutte, Improviser and Theatre-Maker, UK