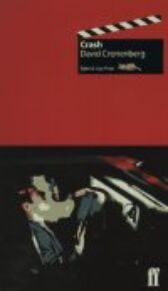 Crash was awarded the Special Jury Prize at the 1996 Cannes Film Festival for its audacity, daring and originality. Based on J.G. Ballard's novel, the film is a complex work in which Cronenberg depicts, with shocking beauty, a world in which humans align their minds, bodies and sexuality to the technology of cars

Set in a bleak, passionless world of multi-lane freeways, Crash presents the story of James Ballard and his wife Catherine, whose search for authentic experience leads them into a relationship with a renegade scientist who seeks sexual release by crashing into cars on the freeway. In translating the world of J.G Ballard's Crash into the language of the screen, Cronenberg has fashioned a script which is rigorous and taut, but suffused with emotional intensity and a deep feeling for human fraility and decay