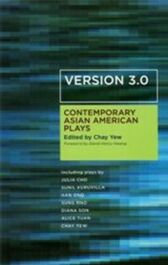 This major anthology of contemporary Asian American offers the following ...

Alice Tuan's Last of the Suns

These are works that readily combine the Medea myth with wave-particle physics; that nimbly move between a field in Kitchener, Canada, and a treetop in Kerala, India; that fully explore complexities of gender, sexuality, and family, demonstrating the cultural and aesthetical diversity of the new generation