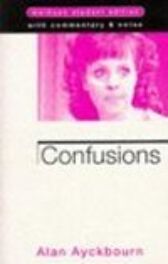 Ayckbourn's series of plays for 4-5 actors typify his black comedies of human behaviour. The plays are alternately naturalistic, stylised and farcical, but underlying each is the problem of loneliness

The Mother Figure shows a mother unable to escape from baby talk; in The Drinking Companion an absentee husband attempts seduction without success; in Between Mouthfuls, a waiter oversees a fraught dinner encounter

Whether the comedies concern marital conflict, infidelity or motherhood and take place on a park bench or at a village fete, the characters are familiar and their cries for help instantly recognisable