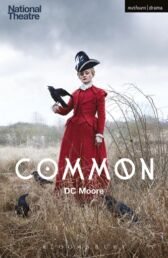 Large Mixed Cast
A dark and disturbing journey into the carnivalesque world of early-Industrial Britain, exploring the personal and public traumas in the period of the Enclosures

The common land - once belonging to all - is disappearing

Written with verve and wit, Common tells the story of Mary, the best liar, rogue, thief and faker in this whole septic isle

As the factory smoke of the industrial revolution belches out from the cities, Mary is swept up in the battle for her former home

After years of scraping a living on the edge of respectable London society, she returns to the village of her birth

And to rekindle a former love

Will Mary be able to win over those she lost before?

Or will the violence of the time seep over into even the purest of missions?

This is an epic, funny and passionate history play which asks what community means and if there can ever be resolution in the intractable battle between individual desires and the common good