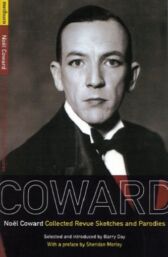 In the 1920s and 1930s Noël Coward mastered and defined the art of the revue sketch - short and often topical or satirical stage pieces, many of which were a lead-in to his famous songs

This volume collects Coward's best and most witty pieces, including Rain Before Seven, the only sketch he performed with Gertrude Lawrence, and the hilarious parody, Some Other Private Lives, in which Coward burlesques his own famous play, Private Lives

And an Introduction by Coward scholar Barry Day, setting the work in the context of its time and its dramatic form

"He is simply a phenomenon, and one that is unlikely to occur ever again in theatre history" ~ Terence Rattigan