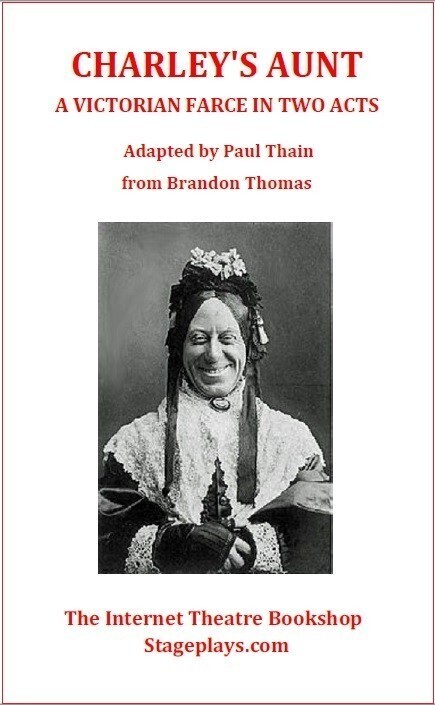 But although the central conceit is as theatrical and funny as ever, after more than a 120 years, its creaky stagecraft and laboured humour urgently needed a make-over

This version retains the essence of the original but re-visions it for a modern audience, reducing the original three acts to two and replacing the dense and archaic Victorian script with modern formatting and clear and concise stage directions

But most of all, it enlivens the stale characters and gives the piece the much needed pace and energy demanded by a modern audience

Provided you purchase a cast-size quantity of scripts (10+ copies), as a gift to the theatre community, Paul Thain has waived his Royalties for all of 2021

But when her visit is postponed and they're without a chaperone, rather than cancel the lunch party, Charles and Jack persuade their fellow student Lord Fancourt to impersonate the Aunt