Changes in the Mating Strategies of White People 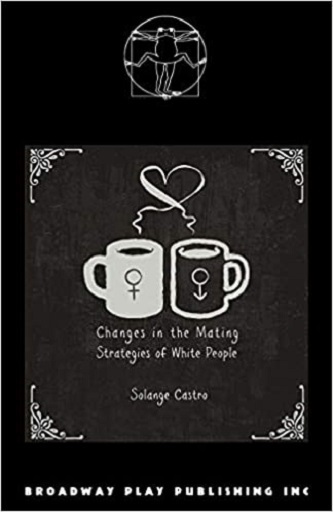 Nearby, another man and woman meet to end their marriage

And a million chances to settle the score

" ...a delightfully nimble piffle of a play perky satire of device-era dating is largely about the plight of the self-absorbed" ~ Steven Leigh Morris, L A Weekly

"Inspired by the mishaps and half-hearted personalities of the Los Angeles A Internet dating scene, Changes in the Mating Strategies of White People tells the story of two couples. Jade and John are trying to get it on after their introduction over the web, while Louise and Tyler, a recently divorced older couple, are trying to keep it going ... [it] lives in a universe adjacent to that of the hysterical neurotics of Woody Allen's cinematic canon and one-act plays - flawed folks who cry about their vacancies, only to realize too late that what they're looking for is right in front of them" ~ Anthony D'Alessandro, L A Weekly