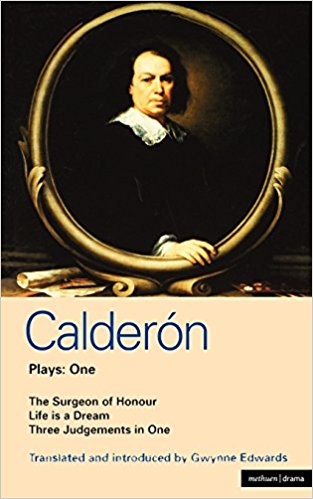 In recent years, the English-language theatre has rediscovered Calderón and a number of highly successful productions have been staged

The three plays included here represent Calderon's most celebrated work, in which he explores the extent of man's freedom in a hierarchical society often bound by anachronistic codes of conduct

The plays are The Surgeon of Honour, described by Michael Billington as " ... one of the most disquieting plays in all world drama ... a dark masterpiece"

Life is a Dream, Calderón's most famous play

And Three Judgements in One, less well-known but one of his finest works

"Calderon excels all modern dramatists with the exception of Shakespeare, whom he resembles in the depth of thought and subtlety of his writings" ~ Percy Bysshe Shelley