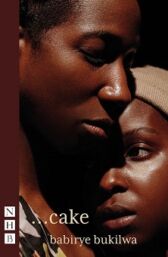 It's one of those hot April evenings that feel like summer, and the heat is stifling in Sissy's London flat as she dances, unrestrained, beautiful, alive …

But when sixteen-year-old Eshe arrives, powerful emotions come to the surface – and the two women are locked in a dance where freedom clashes with duty

Can queer, Black femmes find love and belonging when the soil beneath them – and the climate around them – is hostile?

It was first performed at Theatre Peckham, London, in 2021

'A devastating and necessary watch ... Never before have I seen such a real portrayal of the trauma that is passed between generations' ~ A Younger Theatre