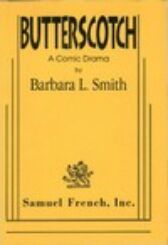 Butterscotch is a candy yellow 1947 Ford at the center of an unlikely friendship between a New York restaurant critic and a man who loves roadside diners. The critic has come to a small Pennsylvania town to persuade his fiancee's father to attend their wedding in New York

The bride, a news correspondents off on assignment, has not even told her cantankerous, ailing father she is getting married. Adding to the bucolic fray are an elderly neighbor who has her fading eyesight on the widowed father, dad's hunting buddy and a nervous ex New Yorker whose condo ruined a favorite hunting spot

Father and future son in law share only a dislike for each other, but the vintage car brings about a surprising end to a seemingly hopeless impasse