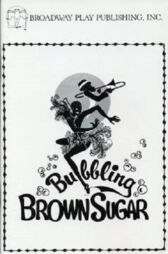 Taking many of the great songs from the era, Loften Mitchell has woven an ebullient tale of a time gone by

This musical, which started a whole wave of Broadway shows by and about black composers, had its beginnings at Rosetta LeNoire's Amas Rep

It then moved on to a lengthy run on Broadway, London's West End, and both national and European tours.

Originally produced by AMAS Rep, and then on Broadway