Brecht - A Choice of Evils 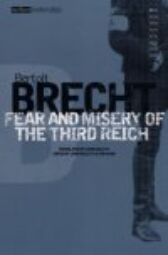 This book portrays the paradox of a man whose work was admired on the Western side of the Iron Curtain despite ideological differences whilst in the East his artistic output was criticised but his communist ideas were welcomed. This authoritative text has stood the test of time