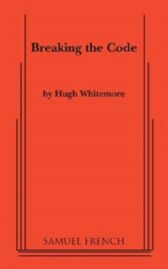 Derek Jacobi took London and Broadway by storm in this exceptional biographical drama about a man who broke too many codes: the eccentric genius Alan Turing who played a major role in winning the World War II

Since his work was classified top secret for years after the war, no one knew how much was owed to him when he was put on trial for breaking another code - the taboo against homosexuality

Turing, who was also the first to conceive of computers, was convicted of the criminal act of homosexuality and sentenced to undergo hormone treatments which left him physically and mentally debilitated

He died a suicide, forgotten and alone

This play is about who he was, what happened to him and why

"The most important serious play of the season" ~ Christian Science Monitor