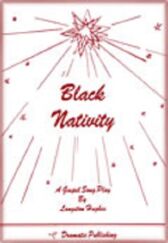 "His tone has that intimate, elusive, near-tragic, near-comic sound of the Negro blues, and is equally defiant of analysis"

This is how a critic described this Christmas musical by Langston Hughes, who mentions Paul Lawrence Dunbar, Carl Sandburg and Walt Whitman as his main literary influences

This thrilling holiday piece will have your audiences on their feet!

In London, Oslo, Brussels, Copenhagen and Rotterdam, Black Nativity triumphed before its return to New York and the Lincoln Center

"The elegant festival public appeared to have forgotten itself, lost in this rhythmic wave that overwhelmed it, an integral part itself that bound stage and auditorium in a mystical fusion" ~ Il Tempo