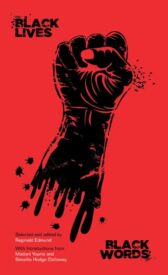 Over sixty Black writers from the UK, USA, and Canada have each written a short play to address Black issues today

They've been selected and edited by the award-winning American playwright Reginald Edmund, who produced Black Lives, Black Words across the US, which premiered in Chicago, July 2015

The international project explores the black diaspora's experiences in some of the largest multicultural cities in the world, Chicago, Minneapolis, Cleveland, Toronto and London

"I started Black Lives, Black Words because I felt there needed to be an opportunity for me as a playwright to speak out against the sins committed in this world inflicted upon black bodies: Michael Brown, Trayvon Martin, Rekia Boyd, Sandra Bland, Tamir Rice, and the countless many others

Companies in Minneapolis with Guthrie Theatre, Carlyle Brown and Company, Bedlam Theatre, Freestyle Theatre, the Million Artist Movement, in Maryland Columbia Arts Festival, Chicago Polarity Ensemble Theatre, Toronto Obsidian Theatre, Buddies and Bad Times Theatre, and the National Arts Centre, along with many others joined us and now, two years later we have given voice to over sixty Black Playwrights and over a hundred performers

From city to city, Black Lives, Black Words has remained an event that is accessible and affordable to all

Selling out in every venue. I collected these works showcased at BLBW events from all over in hopes that the narratives that have been placed in here speaks to the Black Struggle, Black Achievement, Black Love, Black Aspirations, Black Hopes, Black Dreams, BLACK EVERYTHING

I hope that the narratives amplify the importance of the Black Lives Matter Movement, that these plays find themselves in theatres both community and regional, in classrooms and libraries, church houses, and communal gathering serving as a rallying cry for those that are artists and even those who are not that OUR BLACK LIVES MATTER, individually, globally, and spiritually" ~ Reginald Edmund

Featured in this collection are: