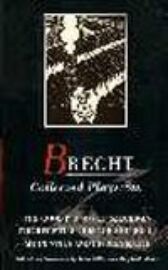 In Brecht's famous parable The Good Person of Szechwan, the gods come to earth in search of a thoroughly good person

The Resistible Rise of Arturo Ui is a savage satire on the rise of Hitler, wittily transposed to gangland Chicago

Mr Puntila and his Man Matti is Brecht's finest comedy, built around the dual personality of its central character

The translations are ideal for both study and performance