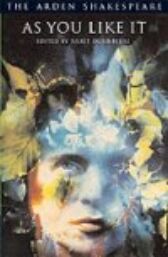 One of Shakespeare's most exuberant early comedies, complete with one of the Bard's funniest and toughest heroines, Rosalind

Based on Thomas Lodge's Elizabethan novel Rosalynde, As You Like It follows the discontented Orlando as he is exiled from the tyrannical French court of Duke Frederick

By chance Frederick also banishes Rosalind, daughter of the usurped Duke Senior. The play then moves to the Forest of Arden, where chaos and misrule ensue, as Rosalind cross dresses "all points like a man", disguised as the saucy Ganymede and encourages the naive Orlando to "woo me, woo me, for now I am in a holiday humour"

The play concludes with Rosalind's extraordinary "unmasking" Epilogue addressed to the audience, where she offers to "kiss as many of you as had beards that pleased me"