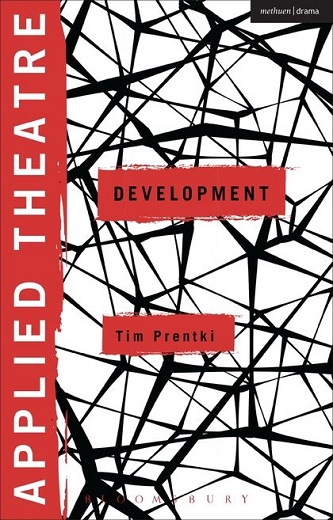 At once both guide book and provocation, this is an indispensable companion for students and practitioners of Applied Theatre

It addresses all key aspects - principles, origins, politics and aesthetics - in a concise and accessible style designed to appeal both to those who have recently discovered this sub-discipline and to experienced practitioners and academics

PART ONE is divided into two chapters ...

The first introduces the sub-discipline of Theatre for Development, covering its origins, principles and history, and providing an overview of theatre for development in Western contexts as well as in Africa, Asia, the Indian Subcontinent and Latin America

The second focuses upon theoretical and philosophical issues confronting the discipline and its relationship to contemporary politics, as well as considering its future role

Contributed by leading figures and current practitioners from around the world, they cover a diverse range of themes, methodologies and aesthetic approaches

Studies of intercultural theatre in the Peruvian Amazon

A programme of applied theatre conducted in schools in Canterbury, New Zealand, following the 2010 earthquake

An attempt to reinvigorate a community theatre group in South Brazil

Chapter One: History and Origins of Theatre for Development

Afterword: What Next for Theatre for Development?