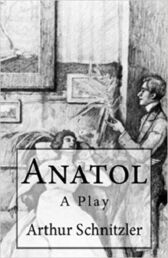 It is a seven-act play set in late 19th century Vienna, depicting the many shallow and immature relationships of bourgeois playboy Anatol

The first act, "The question to fate", earned Schnitzler the title of "psychological depth researcher" from Sigmund Freud