An Unknown Hungarian Dropped from the Skies 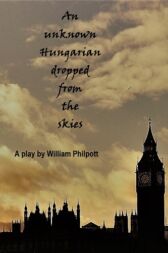 One damp foggy evening in November 1895, a young journalist and playwright arrived in Kilburn, north London armed only with a letter of introduction and a scheme he referred to as his 'new, old idea'

This is the story of what happened next and why

The impact of which still resonates over one hundred and twenty years later ...