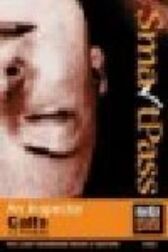 The SmartPass approach combines compelling performances with educational commentary, discussion and debate that cuts to the heart of great plays

They expertly set the historical and social scene, explore and explain the language, imagery, themes, character motivations, as well as developing study skills and strategies

The cast includes David Thorpe as the Inspector, Terrence Hardiman as Mr Birling, Pat Gallimore as Mrs Birling, Peter Lindford as Gerald, Sara Bowes as Sheila, and Christopher Kelham as Eric. The PassMaster is played by Joan Walker and Will Hawksworth, the student

Produced by Jools Viner and Directed by Phil Viner