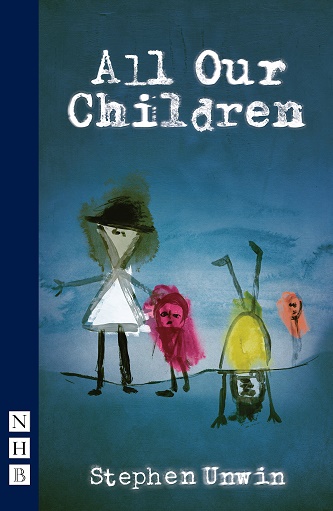 "I used to be scared of them. They seemed so different. They don't scare me any more. They're just children, aren't they? Just children"

One brave voice is raised in objection

But will the doctor listen?

A moving examination of a terrifying moral dilemma, and a powerful story that shows what it takes for humanity and decency to be restored in a world that has abandoned them

★★★★ "Unwin masterfully brings to light an often forgotten part of history, with vivid characterisation and gracefully authentic dialogue. He explores this dark story with profundity, while simultaneously managing to keep it relatable and real a deeply thought-provoking piece of theatre" ~ Broadwayworld

★★★★ "Fascinating it's a magnificent, brilliantly written piece of theatre which draws the audience in to an emotional state of turmoil" ~ Theatreweekly

★★★★ "This play is very special a moral and ethical debate of the highest quality... Stephen Unwin must already be a hot tip to be 2017's best new playwright" ~ British Theatre Guide