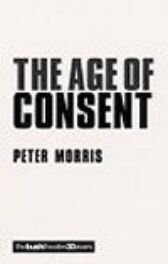 A chillingly powerful play exposing the mind of a child-killer, this delves into the psyche of two characters - one a teenager awaiting his release from a correctional facilty for the murder of a child, the other the mother of a child performer whose main rule of entertainment is the Three Ts - Talent, Teeth & Tits

"The play opens up a moral minefield. Who can, or should, consent to what? Can anyone consent to something on the behalf of another? What power can anyone, a person or a community, have over the mind and life of another? Morris's play sends you out in a state of moral turbulence" ~ John Peter, Sunday Times

"For once, the play at the eye of an Edinburgh storm is a good one" ~ Guardian