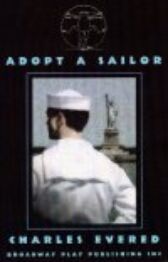 "This finely crafted, both exquisitely simple and profound piece holds an important place in our history

Uniquely gratifying to perform for those of us who witnessed the horror of September 11th 2001 from our living room windows, and invaluable to those who live after us to help explain the inexplicable feelings of that unbearable time" ~ Bebe Neuwirth

"In Adopt a Sailor, Charles Evered has drawn from his own practical knowledge of two seemingly disparate worlds - the world of his experience in the navy, as well as that of an accomplished writer and director in the "civilian" world

Evered's razor sharp wit and dialogue help to illuminate this tale of the meeting of a young sailor from Arkansas who typifies navy core values - "Honor, Courage and Commitment", with a sophisticated couple from New York City who hold their own?no less legitimate and equally heartfelt set of values

Charles Evered makes the grade in bringing both of these worlds together and reminding us that in a country so often split down the middle both politically and culturally, the truth is that all of us have more in common than we ever imagined" ~ Christopher Scholl, Commander, United States Navy