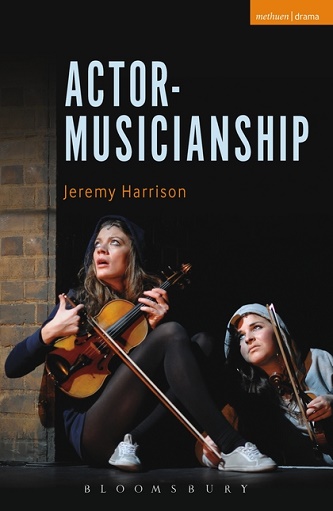 Actor-musician shows can be seen from Bradford to Broadway, from village halls to international arena tours

However, with the exception of a couple of academic papers, there has been nothing written about this fascinating area of theatre practice

Jeremy Harrison's book addresses this deficit, operating as both a record of the development of the actor-musician movement and as a practical guide for students, educators, performers and practitioners

It explores the history of actor-musicianship, examining its origins, as well as investigating and offering guidance on how this specialist form of music theatre is created

It, in turn, acts as a means of defining an art form that has to date been left to lurk in the shadows of musical theatre - a subset with its own distinctive culture of performer, maker and audience, but as yet no formal recognition as a specialism in its own right

The actor-musician show is multifarious and as such this book targets those interested in mainstream commercial work, as well as alternative and avant-garde theatre practice

The book draws together expertise from a range of disciplines with contributions from many of the leading figures in this field, including performers, directors, teachers, MDs, producers and writers

It also features a Foreword by theatre director John Doyle