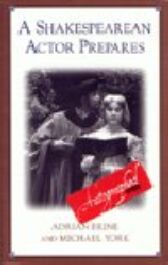 Shakespeare not only created superhuman characters and set them in situations which stretch the imagination to its limits, he also provided his actors with the keys to playing them

This book reveals these keys

There is no concensus as to how Shakespeare "should" be played - there are no rules and this book is not concerned with arriving, but rather with setting out

It will point out the sources of energy in his plays, which, if tapped, will galvanize an actor's fantasy and liberate his talent

"Adrian Brine and Michael York have written a landmark text, not only for actors, but for all who love Shakespeare" ~ Dr Samuel Hazo