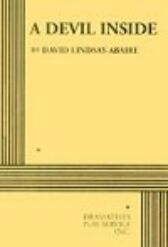 And when he wakes up on his twenty-first birthday, she greets him with the customary banners and good wishes, and then gets to the point ...

"Your father was murdered. He was stabbed in the back and his feet were lopped off and thrown into a drainage ditch."

Thus begins a comic and twisted journey of obsession and revenge. Gene would rather focus his attentions on Caitlin, a passionate literature major, than avenge the death of his 400-pound father who was killed in the Poconos Mountains while walking cross-country to lose weight

Caitlin barely notices the naïve young man and is, herself, obsessed with her Russian Lit professor, a tormented genius who thinks he's living in a Dostoyevsky novel.

Suddenly, a mysterious woman named Lily stumbles into the family-owned laundromat, and is instantly struck by the pain etched into Mrs. Slater's face

Lily, in turn, is living with an absurdly dull appliance repairman who has taken to writing children's stories to jazz up his boring life, which gets progressively and horrifyingly thrilling the further he gets pulled into the unraveling events.

Set in New York's Lower East Side, this frantic dark comedy, satirizes elements of nineteenth-century Russian novels, complete with seizures, hallucinations, a flooding city, nightmares, train wrecks and suicide, all wrapped around a murder mystery with a Rube Goldberg-like plot.

"Murder, gore and psychosis, all purposeful and funny...keep the house laughing for two hours" ~ NY Times